Fuzzy Lives Forever! (Or at least longer than puppyhood because of vaccines.)

What if I told you that about 15,000 lives are saved every year by seat belts? You’d probably roll your eyes. Of course seat belts save lives. You probably already wear a seat belt.

But what if I told you that you are at risk of breaking your collarbone by wearing a seat belt? You’d probably still roll your eyes. “Big deal,” you’d probably say, “at least I’d be alive!”

For some reason, however, this kind of reasoning has been lost on many people with regard to vaccines. Yes, it’s possible for vaccines to have adverse effects, but these are way overshadowed by the huge benefits.

So, when we talk about vaccinations, and someone immediately starts talking about adverse effects, remember the seat belt analogy above. Remember the hundreds of millions of people who are alive today because of vaccines. Fear is a funny thing. It really doesn’t get along well with logic sometimes.

And a quick note about the controversy surrounding vaccines in humans - the supposed link to autism has never been proven. The doctor who started this whole autism charade lost his license due to fraud. Here’s an article about the whole debacle. If you say that it’s all a conspiracy from the CDC, then I’ve got a unicorn to sell you. And if you are getting your medical advice from Jenny McCarthy, then...well...

The paradoxical thing about vaccines is that as they are more widely used, the less disease we deal with, and so people don’t see the need for vaccines anymore. However, this kind of reasoning can quickly flip on its head, resulting in things like measles outbreaks in unvaccinated children.

Did you know that Roald Dahl's daughter died from measles? Here is his haunting account.

Anyway...that kind of conversation could go on all day. Let’s talk about pets.

Vaccines for dogs and cats

Dogs and cats should at least get their core vaccines - rabies and “distemper.” I put distemper in quotes because it is typically a combination vaccine, including parvovirus in dogs.

Parvovirus is a good example of a deadly disease in dogs that can be prevented with vaccines. And it’s not that uncommon. I’ve hospitalized dogs for days on end at great expense to owners, both emotionally and financially. It’s no fun having your puppy in the hospital. Sadly, I have also euthanized dogs because of parvovirus infection. Let me just say that THIS SUCKS. These animals did not have to suffer or die, but there you go, that’s what happens when fear and ignorance dominate.

Phew, this stuff makes me heated. I hope the senseless death of baby animals makes you heated too.

Beyond core vaccines, there are vaccines for feline leukemia virus (for outdoor cats), bordetella (kennel cough), Lyme disease, leptospirosis, etc. To learn what your pet should get, ask your vet (not Jenny McCarthy). The recommendations depend on risk factors and geographic region.

As for adverse events in pets, they do occur, but they are generally very mild, and serious issues are uncommon.

Quite a few pets will be a little low-energy after their vaccines. This is because the immune system is ratcheted up, making awesome disease-fighting antibodies. But don’t worry, pets usually start acting their their old selves in 24 to 48 hours.

Other mild adverse events can include injection site soreness or the odd case of diarrhea. While these might seem too much for your beloved Fuzzy, stay strong. Your Fuzzy is alive, right?

You deserve to know the full story, as long as you promise to remember all the benefits of vaccines. Anaphylactic reactions can occur. This is the kind of reaction that happens when someone who is severely allergic to bees gets stung. The blood pressure drops, the throat swells up, hives occur, etc. Although this sounds scary, these kinds of reactions are exceedingly rare. And if they do occur, they typically happen very soon after a vaccine - within minutes and no longer than an hour. So you are pretty much guaranteed to be at a vet clinic, where your Fuzzy can receive the right care.

Back to the upside.

Did you know that about 30,000 people die from rabies in India every year? Part of the reason for this is because of unvaccinated animals. What’s the stat for the United States? 1 or 2.

Do the math! Stay strong! Science and logic are here for Fuzzy!

To hear more, listen to the pod.

The Messy Truth About Cats and Milk

The Messy Truth About Cats and Milk

Fuzzy Lives Forever! (Or at least longer than puppyhood because of vaccines.)

Would You Rather? Snake Edition 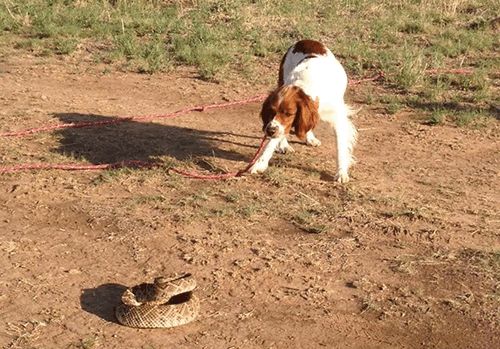 Take The Poll: Cat Pants - Funny or not?